There is a new (17th of July 2020) show on Netflix called “Cursed”. One of the writers is the legendary Frank Miller, so shouldn’t be too shabby. Looking it up on IMDB however, sees it at a fairly measly rating of 5.3 as of this writing. Possibly due to a number of 1/10 reviews that goes off on “I don’t want PC propaganda” in my shows (20th of July 2020). 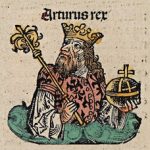 So what is the problem with “Cursed” according to these “reviews”?
One of main problems seems to be that a “black” actor has been cast as Arthur. And this is percieved as PC propaganda. because as
we all know – Arthur was white. Right?
Well, as an actual fact – Arthur most likely didn’t exist at all. Also, even if he had existed, the legends puts him firmly in
5th or 6th century. And this means that, if Arthur existed at all, he needn’t have been snow-white coloured.

Considering that the legend puts Arthur firmly post-Roman era in Britain, and considering that the Roman army didn’t look like
a bunch of holidaying Italians – people from all over the Roman empire were enlisted in the army – it is quite possible that
the army occupying Britannia were a large mix of people of various colours. Wikipedia has this to say: “Legions were flanked by the auxilia, a corps of regular troops recruited mainly from peregrini, imperial subjects who did not hold
Roman citizenship (the great majority of the empire’s inhabitants until 212, when all were granted citizenship). “. And also considering that North Africa and the Middle East were central to any Mediterranean empire it is even very likely that there would be a good chance of people looking like the protagonist of the Netflix “Cursed” show in Britain at the time. Also consider that soldiers being soldiers and
bored, it would be fairly likely to have been some … cross-cultural encounters shall we say? So, in short, a Mediterranean
looking Arthur wouldn’t be at all impossible. 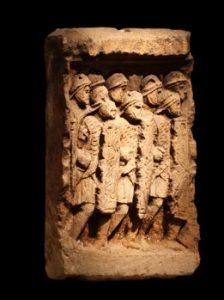 Now, this isn't at all what these reviews say

“Leave your propaganda out of entertainment shows/movies because we don’t want your political views (Conservative, liberal,
progressive, centric doesn’t matter which side it is) shoved down our throats.”

“they have made it thinking we are stupid and ignorant. It’s not even close to the Arthurian or Lady of the Lake stories or
even close to the kind of legend either, … also there was no black or Asian people in England or Welsh at that time
either(stop the politically correctness)?”
As I said, a coloured Arthur is not necessarily strange at all. And there are many versions of the Arthurian saga.

“Wasn’t Nimue the partner from Merlin? Why is there romance between Nimue and Arthur..?”
Actually, in one story Nimue trapped Merlin in a cave. But as he is a magical being, he doesn’t die and is stuck there for eternity.

It seems to me that most of the “reviewers” were expecting something along the lines of T H Whites “The Once and Future King” or
Marion Zimmer Bradley’s “The Mists of Avalon” both of which focus on the more adventurous line of Arthurian legends. The show and Frank
Miller’s story on the other hand does not, but re-interprets the story more along the lines of other segments of Arthurian legend.
And herein lies a lot of disappointment and frustration. 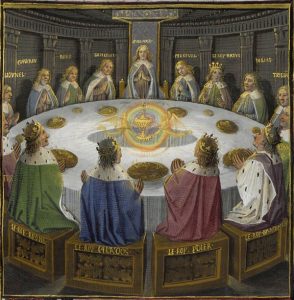 The main frustration for me at this point regarding the show is the casting. The “Fey” tribe/clan/whatever is made up of actors having widely
different accents, some of them sound extremely modern British English, others, not so much. It is slightly disturbing hearing modern British
accents in an environment meant to Britannia 500 AD at the latest. After three episodes I’d give it a 6/10 on the IMDB scale.