There is this group called “Real Paranormal Activity.” To me it is to a large degree populated by people who doesn’t exercise even the smallest amount of critical thinking, and people bashing others with the aforementioned thinking mode, claiming in the process that “believing” is a requirement of the group.

Let me state this clearly. I don’t “believe” in the paranormal. Neither do I  believe there is a morning every day, that the sun raises in the east or the earth is round. I don’t “believe” that we are dying from the minute we are born. These are facts. To me – the paranormal is unexplained physical phenomena. Some of which has seen partial confirmation (like telekinesis). Behind the enormous amount of stories of people returning from the grave (from the ancient Greeks up until five minutes ago) there is a fragment of incidents that cannot be explained as hoaxes, standardized myths, misconceptions, wishful thinking or pareidolia. These remaining cases are the interesting cases.

These are the cases that deserve attention. 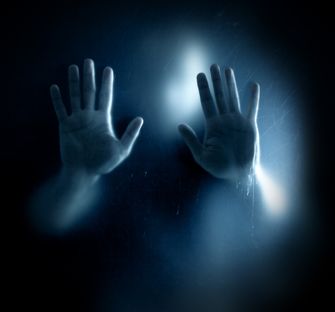 What doesn’t deserve attention is photos of dust particles, photos of reflections, Photoshop manipulations, random shots of trees, grass, sky, clouds or anything else where pareidolia is the most likely explanation of what someone thinks he or she sees in a picture. In fact – reporting these photos as genuine proof of paranormal phenomena is seriously counter-productive for the case of taking paranormal phenomena seriously, rather than the scene as a group of tossers who believe that out of focus bugs on a camera lens is a ghost. In even more fact – photos posted to a Facebook group, with a attached story cannot be considered proof of anything else than that someone took a photo and claimed that it is whatever is claimed about it.

That this problem is evident when people post a photo without “helpfully” encircled areas of interest and asking what people see in them. I’ve seen replies ranging from reflections, to your pet animal to angels. An indication of that there, in the picture, is what you want to see. And that the correct answer may very well be “nothing”.

Another problem with the explanations given are that they are solidly grounded in Christian beliefs. That images are of angels and “spirits” have been around in Christian context since early medieval times. I have serious problems with these explanations in a non-Christian context. It cannot be a universal explanation of what is going on. The most ludicrous example of this is from a TV-show where a family purportedly was infested by an African spirit/demon – but Christian prayers was used to solve that problem. As if a “genuine” African demon (whatever that is) would care about Christian chanting. We are then deep in wishful thinking, gullibility territory.

Eliminating these examples from a Facebook group would probably be the making of a very dead group however. But please, do try to keep a critical mind to minimize the risk of the obvious label “tossers who believe anything”. 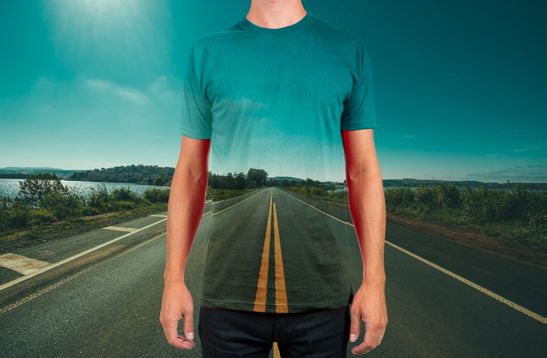 An easy way of keeping a sound critical mind is to take a basic free Photoshop course on the internet, and after that try to think how a presented photo can have been reproduced in Photoshop. If you, with minimal knowledge of PS easily can come up with a method of reproducing the image – then, just maybe, it isn’t authentic proof of anything other than the original author of the photo is knowledgeable in photo manipulation. My curse is that I’ve done quite a lot of projects in Photoshop and use it almost daily. I know quite a lot about Photoshop.

The effect on the left is extremely basic, by the way, I could explain it to you in a minute tops.

So basically, what I am saying is – do keep a skeptical attitude to the “evidence” posted in any group which is supposed to discuss paranormal phenomena. The most non-constructive, and honestly cult-wibey, reply would “What are you doing here if you don’t believe?”